Overall, China Unicom ranked the top in the survey in the following categories:

The awards are in recognition of corporate which has outstanding performance in various aspects including overall corporate governance track record, management discipline, disclosure and transparency, the discipline of the board of directors and its sub-committees, investor relations practices and corporate social responsibility practices. 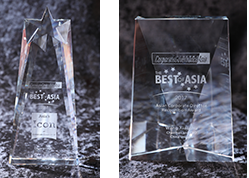 The Asset Corporate Awards are the longest running ESG awards in Asia bestowed annually by leading research house, Asset Benchmark Research (ABR). The Platinum, Gold and Titanium awards offer a rigorous benchmarking service for the region’s listed firms. The criteria used to assess the companies range from an evaluation of financial performance, management, corporate governance, social and environmental responsibility and investor relations, which are a proxy for gauging management acumen and sustainable growth. The Best Chief Executive Officer award acknowledges the leadership qualities of a chief executive officer and rewards a range of skills and attributes including inspirational leadership, strategic thinking, team- and relationship-building, effective communication and change management. 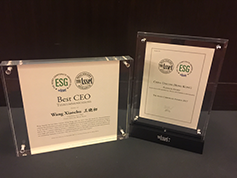 In the perspective of investor relations, the company's website not only serves as an important channel for the Company to disseminate press releases and corporate information to investors and the capital market, but also plays a significant role in the Company's valuation and our compliance with regulatory requirements for information disclosure.

"iNova Awards" is the famous and independent competition honouring overall excellence and innovation for corporate websites. There were numerous websites from 13 countries participating in the contest, which was the 17th annual competition this year. 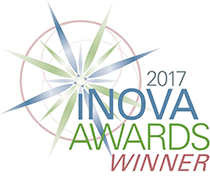 China Unicom's 2016 annual report "BEAT THE HEADWIND TURN THE TIDE" has been honoured with the award of "Best of Show - World's Best Annual Report" in International ARC Awards 2017.

Annual Report is an important communication channel between the corporates and their stakeholders including shareholders, investors, customers and business partners. It enhances the corporates to present to the stakeholders their latest development, future plan and strategy. Annual report also acts as a crucial role in the valuation of corporates and information disclosure in compliance with the regulatory requirements. International ARC Awards is the world's largest and independent international competition, which is also branded as the "Academy Awards of Annual Reports" according to the financial media. The "Best of Show" Award is the highest accolade recognised in the industry. The past winners of this award included IBM Corporation, The Coca-Cola Company, NIKE, Inc., Dow Jones, General Motors Corporation and Novartis. China Unicom is the first mainland China enterprise achieving this grand award. There were altogether about 2,000 entries from 33 countries participating in the contest this year, which was the 31st annual competition. Judges come from around the globe to participate on the ARC jury panels. Judging is based on the values of creativity, clarity, effectiveness, and excellence of the annual reports.

The above grand recognition showcases China Unicom thoroughly expressed the theme "BEAT THE HEADWIND TURN THE TIDE" and effectively presented the persuasive messages about its development in its 2016 annual report. Meanwhile, it also reflects that global capital market well-appreciates and recognises China Unicom's outstanding corporate governance and transparency of international leading standard. 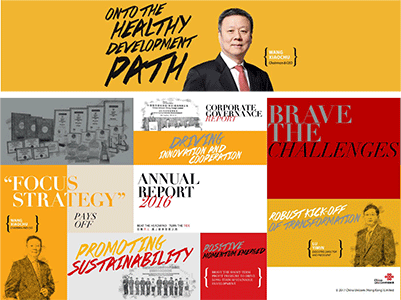 These accolades underscore the Company's excellence in corporate management and governance under the stewardship of outstanding executives who possess strong leadership and strategic visions. It also evidences the Company's success in investor communications through sustained efforts to provide timely updates of corporate development to the investor community and to uphold a high degree of transparency. 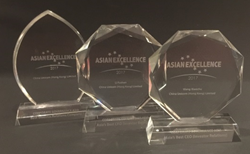 China Unicom was voted by professional investors as "Asia's Best Management Team" in "Asia's Best Managed Companies Poll 2017" by the authoritative financial magazine, FinanceAsia. Meanwhile, Mr. Wang Xiaochu, Chairman and CEO of the Company was named again as "Best CEO in China - 1st" and Mr. Li Fushen, Executive Director and CFO of the Company was named as "Best CFO in China - 1st".

Additionally, China Unicom also swept a number of other top awards in the poll. The full list is as follows: