China Unicom was accredited with "Platinum Award for Excellence in Governance, CSR & Investor Relations" in "The Asset Corporate Awards 2016". The Asset Corporate Awards are the longest running ESG awards in Asia bestowed annually by leading research house, Asset Benchmark Research. The Platinum, Gold and Titanium awards offer a rigorous benchmarking service for the region's listed firms. The criteria used to assess the companies include a range of metrics of financial performance, quality of corporate governance, social responsibility, environmental responsibility and investor relations, which are a proxy for gauging management acumen and sustainable growth. 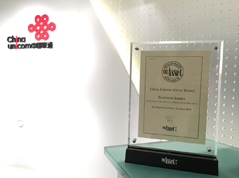 China Unicom was voted by investors "Most Progress in Investor Relations" at "IR Magazine Awards - Greater China 2016", and Mr. Wang Xiaochu, Chairman and CEO of the Company was voted "Best Senior Management". These accolades reaffirm the endorsement from the capital market on the Company's dedicated effort on investor relations and corporate governance, and strong commitment to a high standard of transparency.

Additionally, China Unicom also swept a number of other top awards in the survey. The detailed list is as follows:

The awards are in recognition of corporate which has outstanding performance in various aspects including overall corporate governance track record, management discipline, disclosure and transparency, the discipline of the board of directors and its sub-committees, investor relations practices and corporate social responsibility practices. 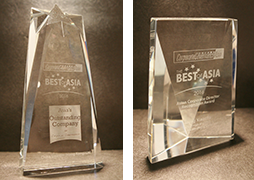 Additionally, China Unicom also swept a number of other top awards in the poll. The full list is as follows: 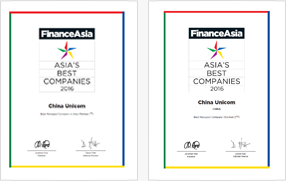 LACP 2015 Vision Awards is one of the world's most influential annual report competition. All entries were judged by experienced media professionals, based on the overall impression, cover design, chairman's statement, report narrative, report financials, creativity, message clarity and information accessibility of the annual reports. This year's competition drew one of the largest number of submissions ever. Nearly 1,000 entries from 24 countries were received.

International ARC Awards is the world's largest and independent international competition, which is also branded as the "Academy Awards of Annual Reports" according to the financial media. Judges come from around the globe to participate on the ARC jury panels. Judging is based on the values of creativity, clarity, effectiveness, and excellence of the annual reports. 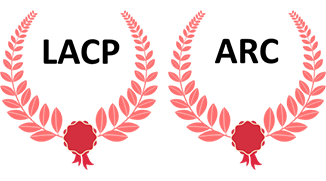 "iNova Awards" is the world's famous and independent competition honoring overall excellence and innovation for corporate websites. There were numerous websites from all over the world participating in the contest, which was the 16th annual competition this year. 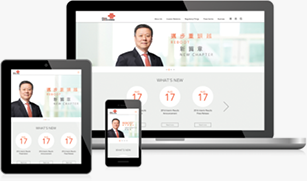 These accolades underscore the Company's excellence in corporate management, social responsibilities and corporate governance under the stewardship of outstanding executives who possess strong leadership and strategic visions. It also evidences the Company's success in investor communications through sustained efforts to provide timely updates of corporate development to the investor community and to uphold a high degree of transparency.